We previously spent two longish posts on motivating, and then semi-quantitatively describing the Buckingham Pi theorem. Here we will try to describe the theorem more precisely and more generally, and the tool we use will be linear algebra. As is always the case with mathematics, a more precise and general solution is going to be more abstract. But bear with me, hopefully it will not be too bad.

We can describe this setup in terms of a set of "fundamental units," which we define to be units which cannot be made by combining other units.
For instance, meters and seconds are both fundamental units, but velocity is not, since it can be made by dividing meters by seconds. The choice of fundamental units is not necessarily unique, but by convention we most commonly use the SI measures for length (m), time (s), temperature (K), mass (kg), quantity (mol), current (A), and luminosity (cd). 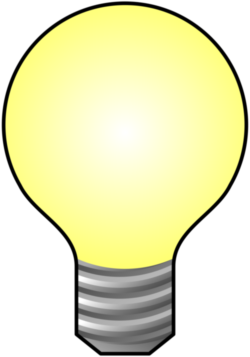 So, let's say that the quantity of interest is called \(\Omega\), and that there are \(n\) parameters \(\omega_i\), where \(i\) goes from one to \(n\). We denote the units of something by enclosing it in square brackets, so the symbolic representation of the problem is

where the \(\beta_j\) are the powers of the fundamental units that make up the units of \(\Omega\). Since both \eqref{parameters} and \eqref{fundamental_units} are equal to the same thing, we can set them equal to each other:

where the \(\beta_j\) are the powers of the fundamental units that make up the units of \(\Omega\). This next step gets a little ugly: we also know that each of the parameters \(\omega_i\) has some units, so we can also represent them using the \(f_j\):

where the \(\gamma_{ji}\) are the powers for the \(j\)th fundamental unit in the \(i\)th parameter. We can substitute this representation of the units of the \(\omega_i\) into \eqref{intermediate}:

Almost there. We can now collect together each \(f_j\) so that they only appear once on the left hand side, so by the rules of exponents their powers are added:

Here is the cool part: because we chose the \(f_j\) to be a set of fundamental units, there is no way to make them out of the other fundamental units. Therefore, if the above equation is true, then the exponents for each of the \(f_j\) on both sides of the equation have to be equal! So this (terribly) ugly equation is really just a set of much simpler equations where we set the exponents of each \(f_j\) to be equal:

If you have ever learned linear algebra, this should start to look very familiar: it is actually a matrix equation:

Any time you can make your math problem look like a matrix equation, you should be very happy. This is primarily for two reasons:

Equation \eqref{dimension_matrix} is fairly abstract, but it represents the same basic idea that we dealt with in the previous post: we need to combine the parameters (in a recipe defined by the \(\alpha\)'s) in such a way to get the right dimensions (defined by the \(\beta\)'s). The matrix \(\gamma_{ji}\) tells us how to convert between the parameters and the dimensions.

We can rewrite Equation \eqref{dimension_matrix} in a more compact notation:

where one overbar indicates a vector, and two overbars indicate a matrix.

we must also have

This is just a statement that the nondimensional number \(\bar{\pi}\) does not change the units of the answer. We can subtract the above two equations to get

This is a very special equation in linear algebra, the solution to which is the nullspace of the matrix \(\bar{\bar{\gamma}}\). The nullspace is the set of vectors which, when acted upon by a matrix, give the zero vector. From a dimensional standpoint, equation \eqref{nullspace} is just saying that the nondimensional number vectors \(\bar{\pi}\) indeed have no dimensions. However, now we know that the nullspace of the matrix \(\bar{\bar{\gamma}}\) is exactly the same thing as the set of nondimensional numbers for that problem.

So why is the matrix representation of dimensional analysis useful? The answer is that it allows us to apply one of the most important results of linear algebra: the rank-nullity theorem. The matrix \(\bar{\bar{\gamma}}\) is, in general, not square: it has shape \(k\) rows (the number of fundamental units) by \(n\) columns (the number of parameters). The rank-nullity theorem is a statement about the relationship between the dimensionality of the image of a matrix (i.e. its rank), the dimensionality of the nullspace of that matrix, and the number of columns of that matrix. The theorem states:

If the rows of the matrix are linearly independent (which is not always the case!) then the rank is just the number of rows \(k\). The dimensionality of the nullspace of \(\bar{\bar{\gamma}}\) is the number of nondimensional numbers in our problem \(p\).

which is exactly the statement of the Buckingham pi theorem! So we see, when reformulated in terms of linear algebra, the Buckingham pi theorem is just an application of the rank-nullity theorem. Not only is this an interesting mathematical result by itself, it allows for a more careful treatment of dimensional analysis problems in more complicated cases where the actual list of parameters is unclear, or when they may be linearly dependent on each other.

We therefore have three fundamental units and four parameters, meaning that our dimensional matrix (defined in Equation \eqref{dimension_matrix}) must have three rows (one for each fundamental unit), and four columns (one for each parameter). The entries of the matrix correspond to the exponent of that row's unit in that column's parameter. We order the units \(kg\), \(m\), and \(s\), and order the parameters \(\eta\), \(\rho\), \(D\), and \(u_0\), allowing us to construct the matrix:

I won't solve it here, but this 3x4 matrix has exactly one vector in its nullspace, which is given by

You can verify that this does indeed make the zero vector when you apply \(\bar{\bar{\gamma}}\) to it. This vector \(\bar{\pi}\) can be converted back into its symbolic unit description:

This, you may not be surprised to see, is the nondimensional number associated with Couette flow, the Reynolds number!

To summarize, we have seen that the problem of dimensional analysis, which we described in some detail in the previous two articles, can be written equivalently in terms of matrix-vector operations. This allows us to bring the whole edifice of linear algebra to bear on the problem. It also suggests an interesting possibility: since computers are extremely good at linear algebra, it should be possible to write some code that does dimensional analysis for us, with a minimum of effort on our part. That is what I will be attempting in my next article.